By Sue Ann Barber
Happy 20 Years MUGs! I’ve been asked to write a few words about the early days. Today is the 20 year anniversary of the first meeting.

The story of how MUGs came about actually starts in the 1990s. Back in the days when most people hadn’t heard of the Internet, there was Usenet. Usenet consisted of text-based online newsgroups that are somewhat akin to modern Facebook groups but without all of the graphics and the pretty pictures. In LEGO fan terms, the most popular of these was rec.toys.lego. Many of the long term AFOLs started out on rec.toys.lego and the term “AFOL” was actually first used in the group. At some point, the group became too large, too diverse and too challenging to be a usable meeting place and, as an alternative, LUGNET was born.
LUGNET was a web-based/email forum that provided a platform for AFOLs to meet other AFOLs based on interests and location. In some respects, it was ahead of its time in predicting regional groups some 15 years before they became a reality. For Australian AFOLs, our meeting place was lugnet.loc.au. All things LEGO were discussed from an Australian point of view including problems with Shop at Home, latest sets, discounts in stores and the dates for upcoming meetings. Collectively, we called ourselves LegOz and, once people began to meet up locally, the meetings were given a code LegOz 2000.1, LegOz 2000.2 etc.
The very first time the AFOLs from Melbourne met up was LegOz 2000.4 on July 16th, 2000. There were 8 of us and we met at Ben Whytcross’s house in Craigieburn. Due to a lack of technology and smart phones, there is no photographic record of this meeting and the only reference is the summary provided on LUGNET. In fact, in recent years, many of us had totally forgotten the meeting even happened and that’s why we now consider it to be a “pre-meeting” and acknowledge LegOz 2000.7 as the first actual MUGs meeting. This occurred on October 8th, 2000 and was also held in Craigieburn. I’ve included some photos from that first meeting. 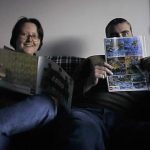 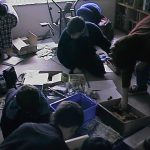 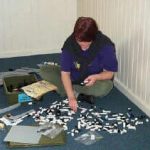 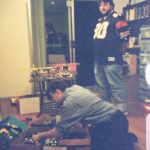 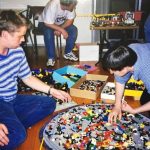 Even though everyone was enthusiastic, meetings were irregular. Along the way all of the Australian groups on LUGNET began to refer to themselves by local names. We had MUGs (Melbourne LEGO User Group), BUGs (Brisbane LEGO User Group), TasLUGs (Tasmanian LUG), AdeLUGs (Adelaide LUG), PLUGs (Perth LEGO User Group) and STUDS/SLUGs (Sydney LUG). MUGs is the only group that has had continuous use of its name since 2000. We could have chosen VicLUG but there was already an existing group in Canada using the name and that would have caused confusion. Over the years, MUGs has met at the houses of members, various Scout Halls, OzBricks, Wombat Housing Services, Selwyn House, Coburg Library, Amaroo Neighbourhood Centre and The Baseplate (1 & 2). Meetings were always popular and we encouraged visitors whenever interstate AFOLs were in town.
Travelling interstate to visit other AFOLs became a regular event early on with the first National Meet in Mittagong in early 2001. National Meets were often held on long weekends and encouraged AFOLs to meet with other AFOLs for trading, selling, Brikwars and usually dinner of some sort. They were held in Sydney, Melbourne and Brisbane. Melbourne held it’s first National Meet in 2001 on the June long weekend at the Brunswick South West Uniting Church Hall. By 2004, the enthusiasm for National Meets had died and the 2004 Melbourne National Meet had no interstate visitors at all. Having said that, AFOLs were still keen to meet other interstate people but they wanted more from the meeting. At this time, Brickfest had been running in the United States for 4 years and the AFOL community wanted something similar for Australia. A National Meeting with so much more! Much discussion ensued and the name Brickvention was chosen. Many people would be surprised to learn the original plan was to hold the event in Sydney in 2005 and then a different city every year. For various reasons, that never happened and the first Brickvention was eventually held in Melbourne over the June long weekend in 2006 at the 1888 Building at Melbourne University. 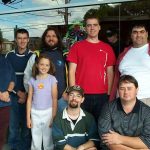 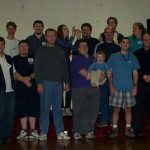 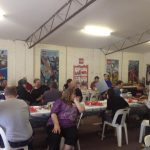 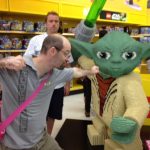 The first Brickvention had a modest attendance of just under 40 AFOLs and around 150 members of the public. It was a cold and rainy weekend and not in the slightest bit conducive to encouraging people to leave their houses to visit a LEGO Fan display. The weather was so bad, the committee chose to move the event to the January long weekend for subsequent years. The next three Brickventions were held at Victoria University before moving to the Melbourne Town Hall, for two years, in 2011. The Royal Exhibition Building became the venue for Brickvention in 2013. Brickvention 2021 in January will celebrate the 15th Brickvention. It may be a “virtual event” by necessity, but it seems a fitting way to celebrate a group of Melbourne based AFOLs who first met online twenty years ago.